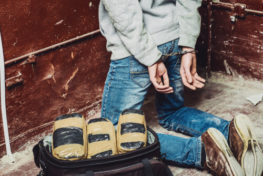 The drug most frequently encountered in the courts throughout Passaic County is marijuana. Charges involving marijuana are common in Wayne, Paterson, Clifton, as well as all of the other courts, including the Passaic County Superior Court. If you were arrested for intent to distribute marijuana, possession of heroin, possession of cocaine with the intent to distribute, possession of cocaine or even simple possession of marijuana under 50 grams, our lawyers are highly versed in the defense of these charges. An attorney at our firm, The Law Offices of Jonathan F. Marshall is available immediately to help you plot a course for avoiding distribution or possession penalties for marijuana. An attorney is ready now at 862-203-4070 to provide a free consultation.

The marijuana possession and distribution laws and penalties in New Jersey vary according to certain factors and circumstances:

If you have been charged with or arrested for a marijuana offense, you need to be proactive to insure that your future is not negatively impacted. To this end, the attorneys at the Law Offices of Jonathan F. Marshall are here to examine the facts of your case and prepare a comprehensive defense strategy. In drug crime cases, the manner in which the law enforcement officers handled the investigation must be carefully scrutinized to ensure that your constitutional rights were not violated. Our staff of lawyers includes former county and municipal prosecutors, so we are intimately familiar with these kinds of cases. We know how to effectively challenge the evidence gathered and the procedures undertaken in drug cases. We have litigated countless marijuana cases throughout Passaic County, in towns like Little Falls, Wanaque, Paterson, Passaic City, Hawthorne, Woodland Park and North Haledon, giving us the know how needed to help you mount an effective and aggressive defense. If you or a loved one has been arrested for or charged with possession or distribution of marijuana in Passaic County, contact us at 862-203-4070 for a free initial consultation.