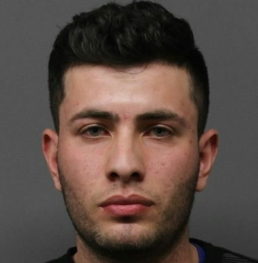 The governing statute in New Jersey for the offense of cocaine distribution and possession of cocaine with the intent to distribute is N.J.S.A. 2C:35-5. Depending on the quantity of cocaine possessed and the location of the incident (i.e. school zone / public park), the Defendant could be charged with either a first, second or third degree felony. If you or someone you know has been charged with cocaine distribution in Clifton or elsewhere in Passiac County, the Law Offices of Jonathan F. Marshall can help. Our team of eight Clifton cocaine distribution defense attorneys are prepared to aggressively fight to protect your freedom. For more information on the offense of possession of cocaine with the intent to distribute, including the breakdown in degrees, please checkout our Clifton Cocaine Distribution practice series. In addition, if you would like to set up a consultation with any one of the eight Clifton, New Jersey cocaine distribution defense lawyers on staff, please contact our Wayne office at 973.839.4007. Now here is an article about a Clifton man who is accused of selling cocaine in Paramus New Jersey earlier this week.

Based on the reports, it appears that the Bergen County Narcotics Task Force teamed up with local police in an effort to take down a Clifton, New Jersey drug dealer. The Task Force originally set up several undercover buys with the Defendant on two separate occasions prior to this bust. According to the reports released thus far, the Defendant was set to distribute cocaine and marijuana to an individual at unnamed gas station in Paramus New Jersey. However, when the Defendant arrived he was meet by several undercover detective. He was immediately placed under arrest and taken into custody without incident. He was later released on an ROR status bail pending his first court appearance in Paraums New Jersey Municipal Court.

If you or someone you know has been charged with distributing drugs, whether it be cocaine, heroin, marijuana, prescription drugs or molly, the Law Offices of Jonathan F. Marshall can help. Our team of Passaic County criminal defense lawyers fully understand what a conviction for possessing drugs with the intent to distribute can do to one’s life. For a free consultation, please contact our Wayne office at 973-839.4007.