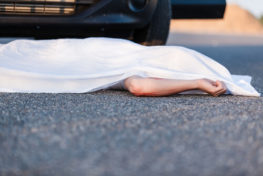 Manslaughter is an incredibly serious and potentially life-altering offense under New Jersey Law. While this charge is a pedigree of homicide offense, it typically does not arise out of an intent to cause death but rather reckless conduct. For this reason, manslaughter is a second degree crime as compared to Murder, which is a first degree crime. All manslaughter charges filed within Passaic County are heard at the Superior Court in Paterson NJ, regardless if the offense occurred in Clifton, Wayne, Little Falls, Paterson, Passaic City, Hawthorne or Haledon. Our defense team is highly experienced in defending manslaughter charges and representing individuals on indictable criminal charges at the Paterson courthouse. We are available 24/7 to discuss your case or to schedule a consultation in our Wayne or Clifton office. Initial consultations are always complimentary. Give us a call for immediate assistance at 862-203-4070.

As you can see, a major focus of this offense is always the state of mind of the accused; namely, was he or she acting recklessly.  A person acts recklessly when they consciously disregard a substantial risk and their actions are a gross deviation from a reasonable person acting with ordinary care. The only time that recklessness is not the appropriate standard in a manslaughter case is where the death results from intentional conduct which was in the heat of passion and reasonably provoked.

What are the Penalties for A Manslaughter Conviction?

If you or a loved one was arrested and charged with manslaughter, the Passaic County Prosecutor’s Office will take prosecution of the offense very seriously. You need to take the same approach and, in our view, the first step you need take is to retain the best attorney you can afford to defend the indictment. We encourage you to take a close look at the credentials of our firm and to give us a call for a free consultation. We have over 100 years of collective experience to assist you.