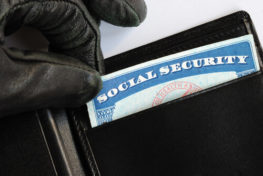 Media exposure to the horrors that can result when a person impersonates you to obtain credit or to receive other benefits has led to the creation of severe penalties when someone commits identity theft. The State of New Jersey takes this offense so seriously that it has made it a second degree crime under N.J.S.A. 2C:21-7. What this means is that you can go to jail for up to ten (10) years if you are found guilty of identity theft. Anyone charged with this violation needs sound representation in order to avoid a conviction and the related penalties. Call our law firm for a free consultation with an experienced identity theft attorney. We can be reached at our Wayne office at 862-203-4070.

What Is Identity Theft?

Identity theft can be described generically in different ways including impersonation, identity fraud, and identity cloning. The New Jersey criminal code defines “identity theft” as any of the following five (5) forms of conduct engaged in for the purpose of obtaining a benefit, injuring another or committing fraud:

For purposes of determining whether there is or was a “benefit” to support a identity theft charge, N.J.S.A. 2C:21-17 provides that this term includes any property, pecuniary gain, or services, and avoidance of a debt, as well as injury or harm perpetrated on another. To “impersonate” means to assume a person’s character, appearance, or voice.

How Does The Prosecutor Prove Identity Theft?

The Law in New Jersey requires that the state establish three (3) elements in order to obtain a conviction for identity theft. The prosecutor is required to demonstrate that the accused engaged in one of the five (5) prohibited forms of conduct set forth above, that his conduct was knowing, and his purpose in doing the act was to obtain a benefit or injure or defraud another.

The maximum penalties an individual will face upon conviction for identity theft are as follows:

The court may also order a period of probation. This is a more feasible outcome for a fourth degree identity theft offense or even third degree if the accused as no prior record. Pretrial intervention is also a possibility for these grades of this charge.

As you will note, all identity crimes are felony indictable offenses under N.J.S.A. 2C:21-17. As a result, the only place a Passaic County criminal complaint of this nature can be decided is at the Superior Court in Paterson New Jersey. Our attorneys have considerable experience defending identity theft charges in Passaic County in towns like Little Falls, Wayne, Hawthorne, Prospect Park, Passaic City and West Milford. We are more than happy to discuss your best options for avoiding a conviction. We can be reached anytime of day or night at 862-203-4070.