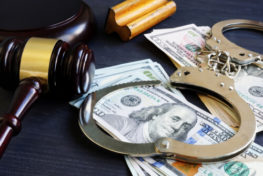 In accordance with N.J.S.A. 2C:29-7 of New Jersey law, the offense of bail jumping can arise in two ways. First, it occurs when a defendant flees after being released on bail, including being released on their own recognizance. Second, it can occur when someone fails to appear after being released pursuant to a court order, which requires return for a later date. Because bail jumping is almost always an indictable crime, a conviction results in a felony criminal record, as well as potential jail and significant fines. If you have been charged with obstructing the administration of justice, bail jumping or a similar offense in Paterson, Wayne, Passaic or another municipality, give us a call to speak to an experienced criminal attorney. A lawyer on our team can be reached 24/7 at 862-203-4070.

How Does the State Prove a Bail Jumping Charge?

The gist of these requirements is that the non-appearance must be intentional and willful. Bail jumping would not, therefore, apply where it was impossible for a defendant to appear because of incarcerated, hospitalization or some other circumstance preventing them from appearing.

What Grade of Crime is a Bail Jumping Offense?

What are the Penalties for Bail Jumping in NJ?

An individual is subject to three (3) to five (5) years of incarceration and a $15,000 fine for bail jumping in the third degree. Fourth degree bail jumping may lead to eighteen (18) months in jail and a $10,000 fine. Finally, a disorderly persons offense carries a up to six (6) months in prison jail term and a $1,000 fine.

If you were arrested for or are facing charges for bail jumping, our law firm, The Law Offices of Jonathan F. Marshall are prepared to make sure you are defended. Lawyers who are experienced in bail jumping are a telephone call away at 862-203-4070 and initial consultations are always free. Give us a call.